I believe knowledge within academia should be free. Therefore none of my papers are locked behind a paywall and are freely available through the links. 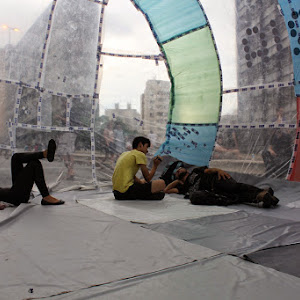 “Dystopian fiction’s popularity is a warning sign for the future” worries renowned author and cultural critic Naomi Klein (2014a). For Klein, human made climate change does not call for adaptation or mitigation; it is a civilizational wake-up call. Confronting the apocalypse is not about “changing light bulbs” - it is about change, about transforming the “social system” causing human extinction, about revolting against capitalism (2014b). Dystopian scenarios do not leave much scope for this. In the face of climatic catastrophe, sci-fi authors tend to affirm the inevitable, leaving room only for either apathy or individualist survivalism, stockpiling food and fuel. 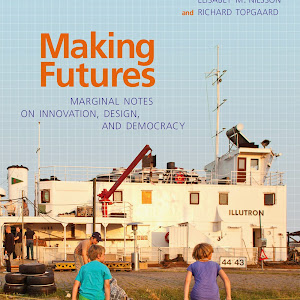 Playing with Fire: Collaborating through Digital Sketching in a Creative Community

A photograph taken at the 2008 Roskilde Festival in Denmark, shows a huge flame exploding from the top of what looks like a cross between the Eiffel Tower and an old oil rig. Two hundred people—some playing big drums made out of water tanks, some cheering, some dancing around the tower—participated in the event. There was a loud uproar right until the explosion. Afterwards, there was silence until the noise returned and another explosion occurred. Each cycle lasted about 15 minutes, and the cycles repeated for five consecutive days. How this project and many others came to be requires us to look at a community experimenting with interactive installations as a way of sketching digitally on a rusty old barge in the South Harbor of Copenhagen. The community is called Illutron, a collaborative studio for interactive art installations 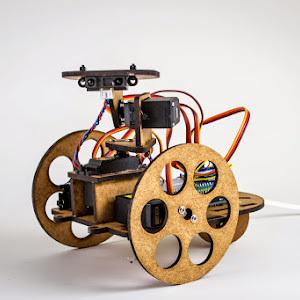 We posit that modern fabrication and rapid prototyping practices can empower non-technical academic environments. For this to resonate with academic learning and research environments in a university context we must view FabLabs not only as machine parks but as creative environments, producing knowledge contributions in the form of processes, designs, artifacts and products. We must embrace thinking through the material, and embrace physical products as valid, accessible and assessable on an equal footing with traditional textual media. We describe two cases: workshops focused on exploration through the physical and digital media itself, without a traditional textual component. 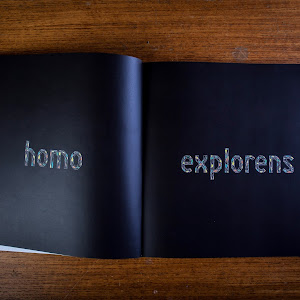 Designing for Homo Explorens is a compositional design perspective within interaction design academia. It extends the Homo Ludens view of humans as playful creatures with the perspective of exploratory interaction. It focuses on socially exploratory interaction between participants mediated through designed artifacts. In the form of a Manifesto, four aspects are introduced which highlight important design dimensions to consider in Designing for Homo Explorens. The four aspects of the Manifesto are concerned with creating exploration through internal complexity, experiential exploration through full-body interaction, social playfulness through distortions of situated norms and a frame for performative interactions. The insights in the four aspects come from knowledge gained through experimenting with twelve working prototypes in real-life contexts, combined with contemporary streams of theory regarding ambiguity, somaesthetics, norms, situatedness and performativity. 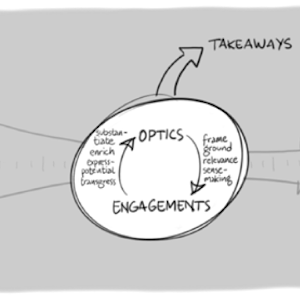 The notion of design research entails research where design practice forms part of the knowledge production. Based on our characterization of the nature of design, we propose to conceptualize this kind of research as programmatic design. 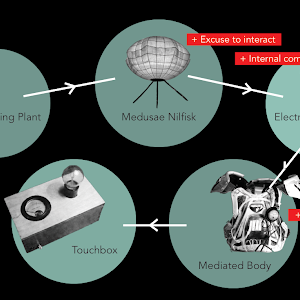 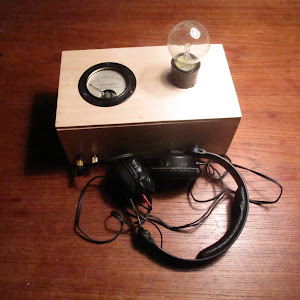 The Touchbox is about facilitating intriguing touch interaction between strangers. The Participants each wear a pair of headphones, and when they touch each others bare skin, they both hear a complex sound pattern. Previous (successful) work involved a skilled Performer and one Participant; the Touchbox was designed to be played by pairs of pristine Participants exploring the interaction situation on their own. It turned out that their interaction experiences were quite engaging albeit more varied in mood and character. The Touchbox illustrates a novel approach to embodied interaction design where social norms are transcended by means of daring and captivating interactions. 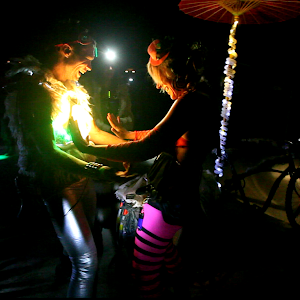 This work addresses Mediated Body, a design study in the field of embodied interaction. Briefly, the Mediated Body entails a Suit worn by a Performer engaging in social play with a Participant. The Performer and the Participant each wear a pair of headphones, and when they touch each others’ bare skin, they both hear a complex sound pattern.The interaction takes place in a public place in full view of bystanders and spectators, who play the socially significant role of the Audience in the use situation. 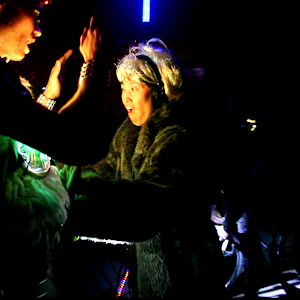 Touching a Stranger: Designing for Engaging Experience in Embodied Interaction

We present Mediated Body, an exploration into designing for engaging experience in embodied interaction. Mediated Body entails a Suit worn by a Performer engaging in social play with a Participant. The Performer and the Participant each wear a pair of headphones, and when they touch each other’s bare skin, they both hear a complex sound pattern. Our approach, which we call research-through-explorative-design, is a combination of experimental design in the lab and explorative design in the field, where qualitative assessments are used to elicit transferable knowledge contributions. This paper represents a case study of this somewhat innovative research approach in action. On the topical level, our results include three artifact-level elements that contribute to engaging experience: connecting touch and audio with the right balance between direct and emergent responsivity, justifying bare-skin touch between strangers, and providing open-ended action props with non-trivial internal complexity. Moreover, we suggest three experiential qualities as analytical tools pertaining to engaging experience in embodied interaction: the duality of performative immersion, the “magic circle” of transformative social play, and the explorative nature of emergent meaning-making. 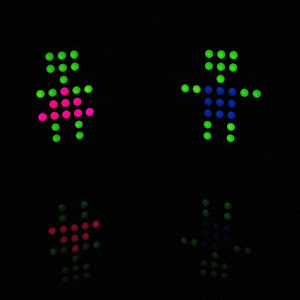 Ladies and mens room mix up. A critical design perspective on social norms at a clubbing environment.

In an effort to facilitate contact between people at a night club, we created a need for people to communicate: to clarify a confusing situation. This article explains how we developed a prototype for a restroom gender sign switcher, which operated both automatically and as a result of human interaction and input. We explore aspects of communication, question social norms, and explore how critical design can be used to change the dynamic of communication in the context of a night club. 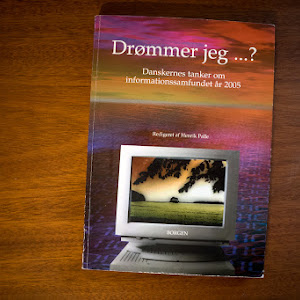